From the September 2007 CMHC Charette:

A significant amount of time and effort has been dedicated to researching the consistency of principles between our membership and those identified in this Charrette. By way of this research, OGHC has developed a keen desire and capacity to live AS a community WITHIN a broader community in accordance with those principles. Through a co-operative and collaborative process, OGHC has committed to governance and financial models researched from well-established trends in the cooperative housing movement. OGHC feels confident as a potential developer of the site at 189 Evanson and we eagerly await the opportunity to respond to the Manitoba Governments  Request for Proposal.

In November, 2013, Manitoba Housing released an update on a redevelopment process for “mixed-income, multi-family housing” on the site of Old Grace Hospital at 189 Evanson with a timeline indicating the first phase of a Request for Proposal will be released in February 2014. The final submission date is to be August 2014, and the accepted project and intended construction to begin in early 2015. The site, owned by Manitoba Infrastructure and Transportation has confirmed their remediation and “deconstruction” in an update released in November, 2013 in addition to a process of further community engagement with the neighbourhood. 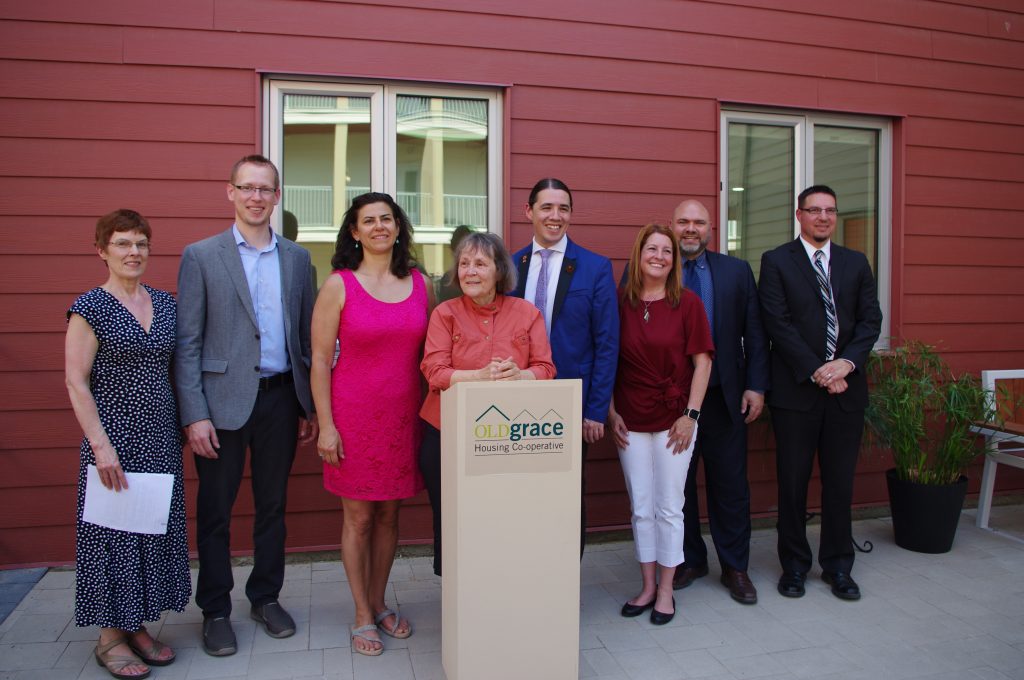